After a long and eventful journey through two centuries of European cultural history, a highly unusual masterpiece of Italian blacksmith art has passed through the gates of the Döttling manufactory and has been lovingly restored after 19 months of delicate work.

The safe, built in 1872 by the famous Morosini brothers in Milan, was apparently commissioned by Victor Emmanuel II, who reigned from 1861 to 1878 over the Kingdom of Italy. Its royal origin is visible on both inner doors of the safe, on which the fittings of origin are encased with ornate brass ornaments culminating at the top with the royal coat of arms of the House of Savoy with the crown.

The safe is not only special for its exceptionally opulent design and a bolt mechanism that was unusually heavy and highly decorative for the time, but above all for its fabled use. 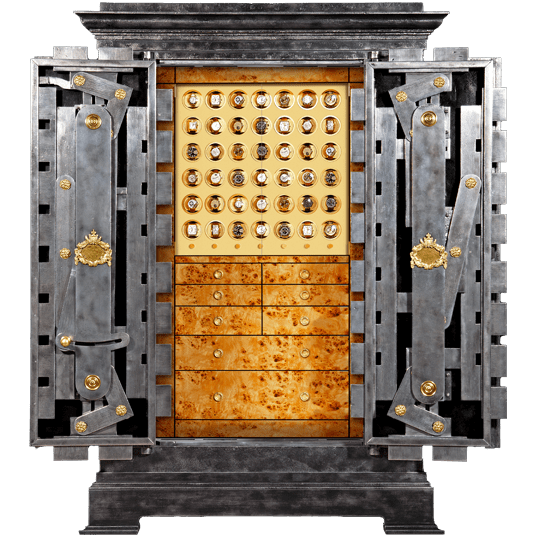 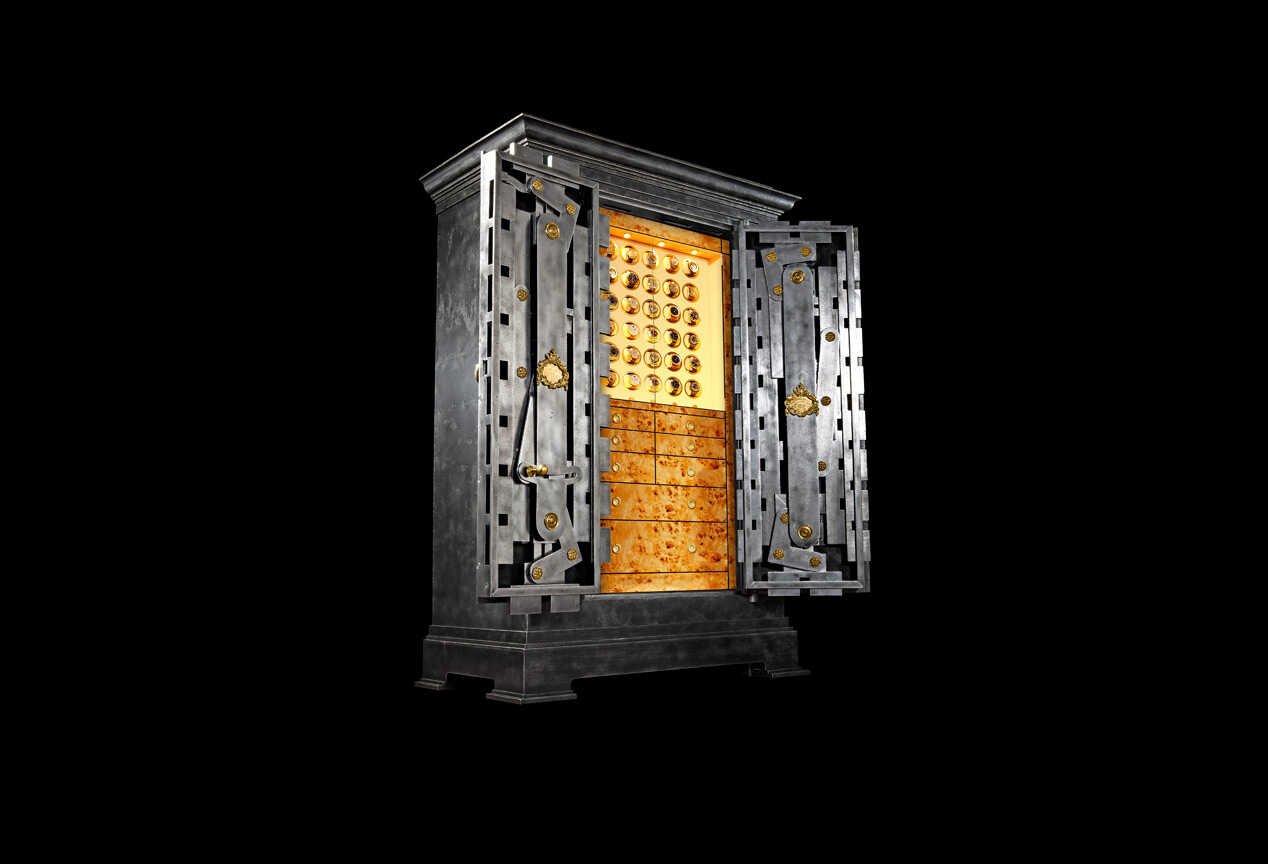 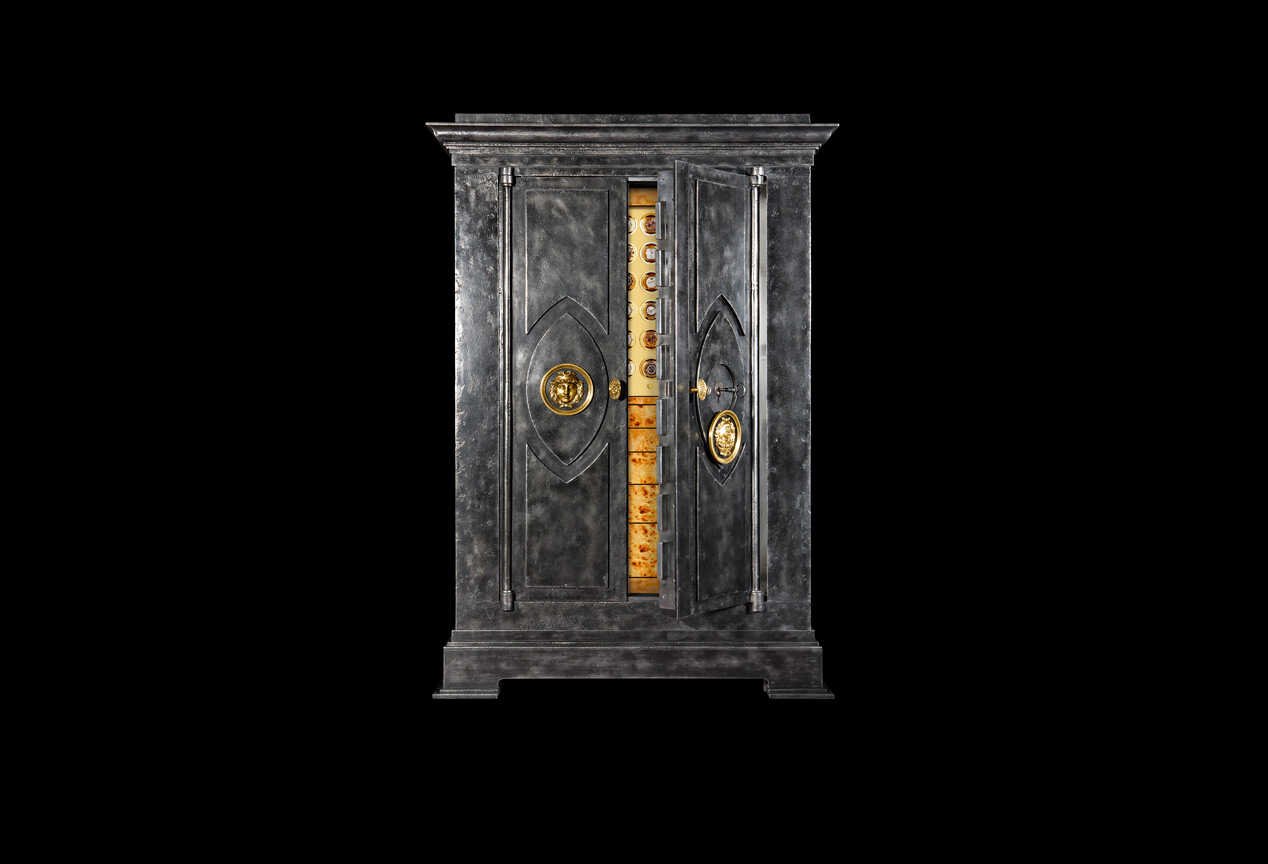 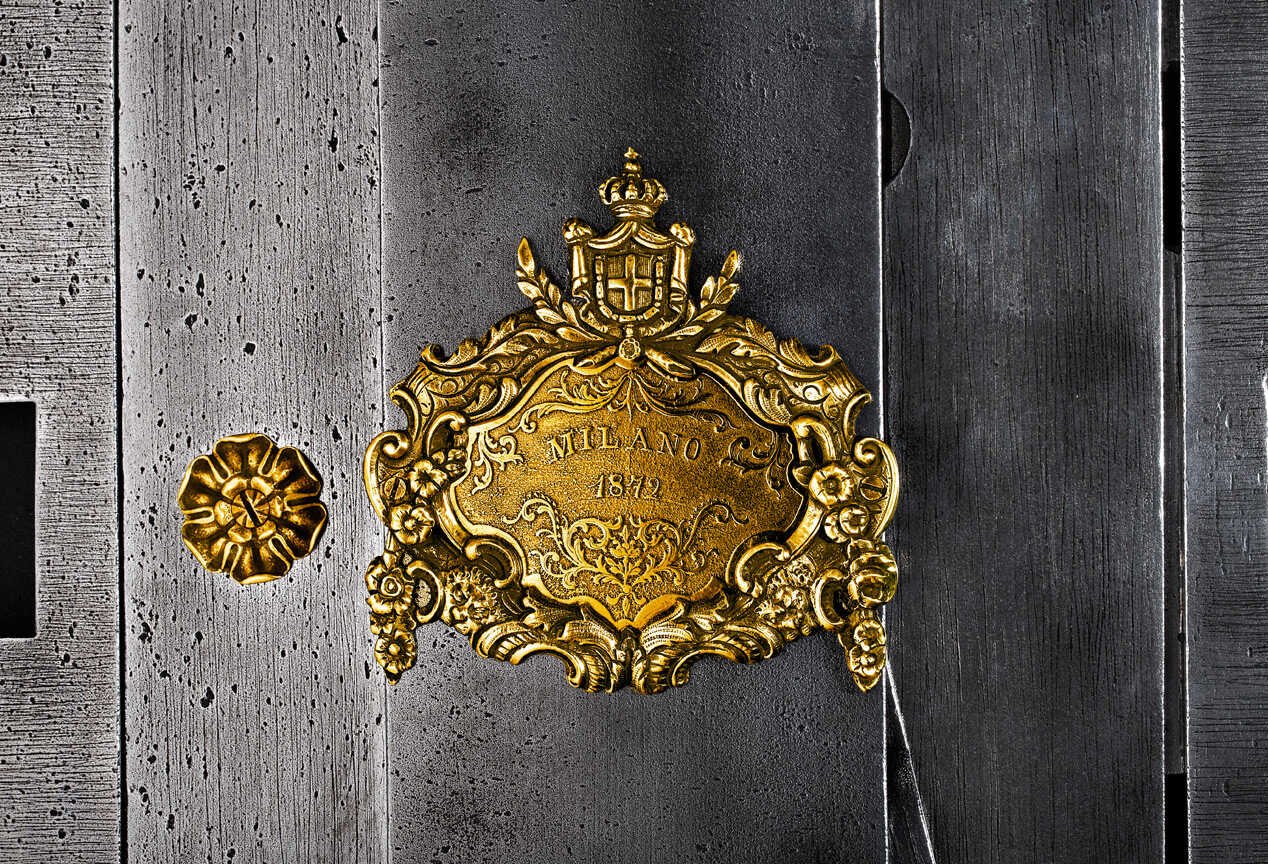 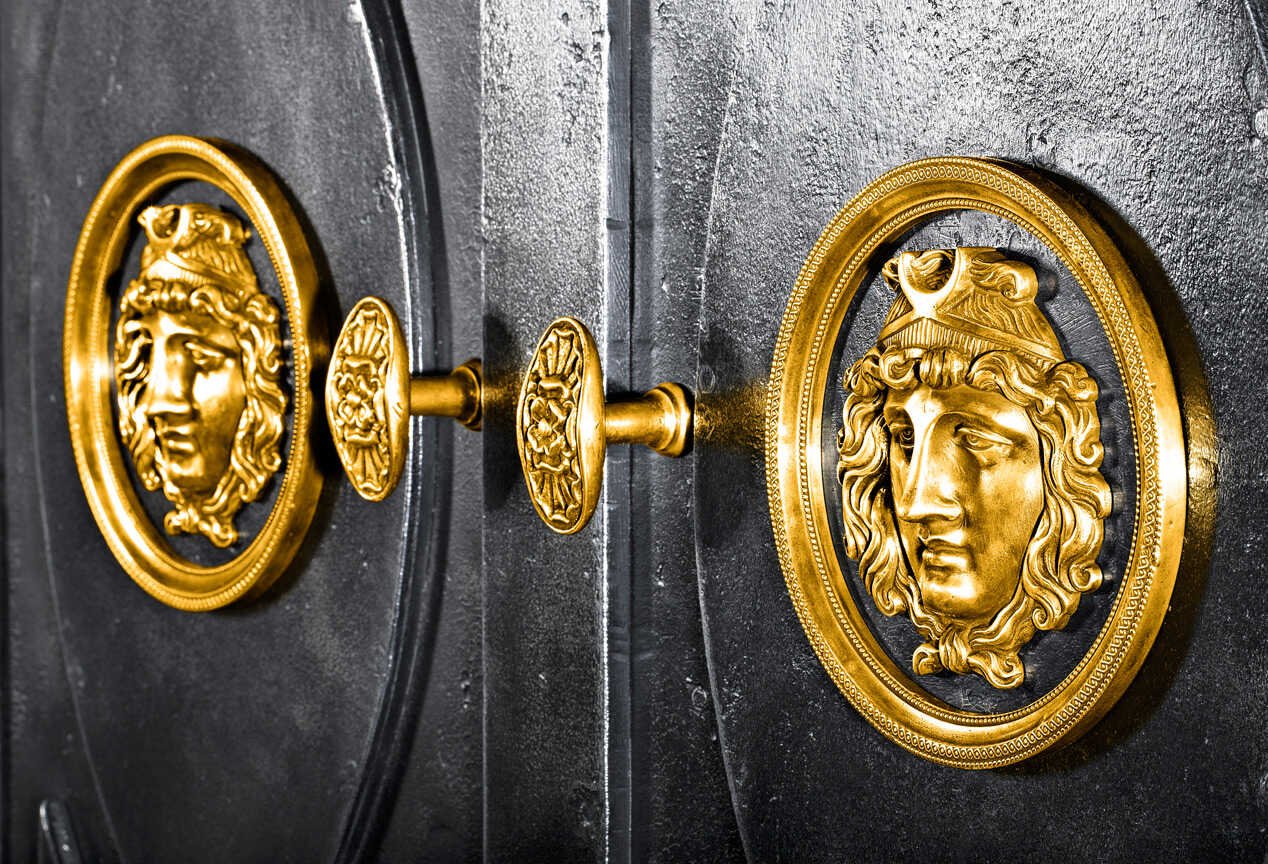 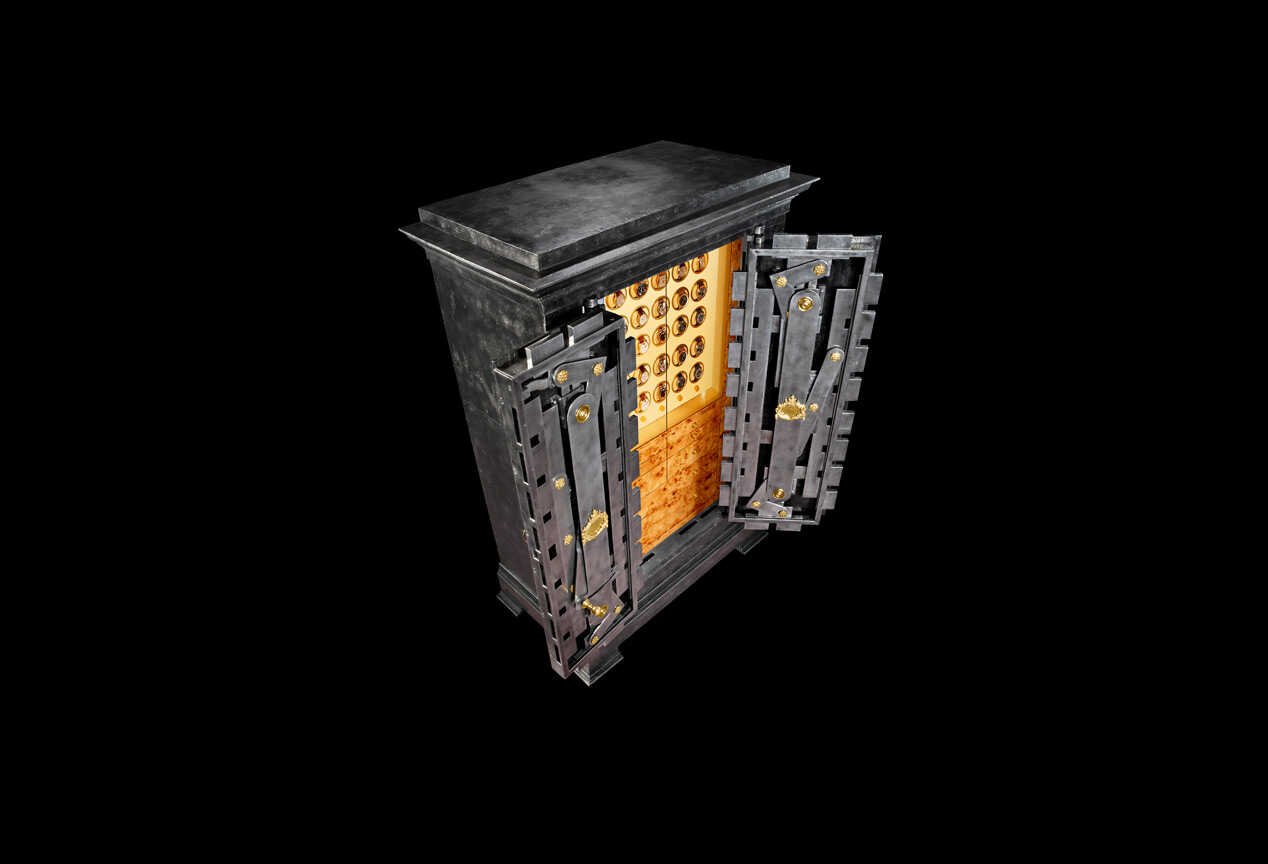 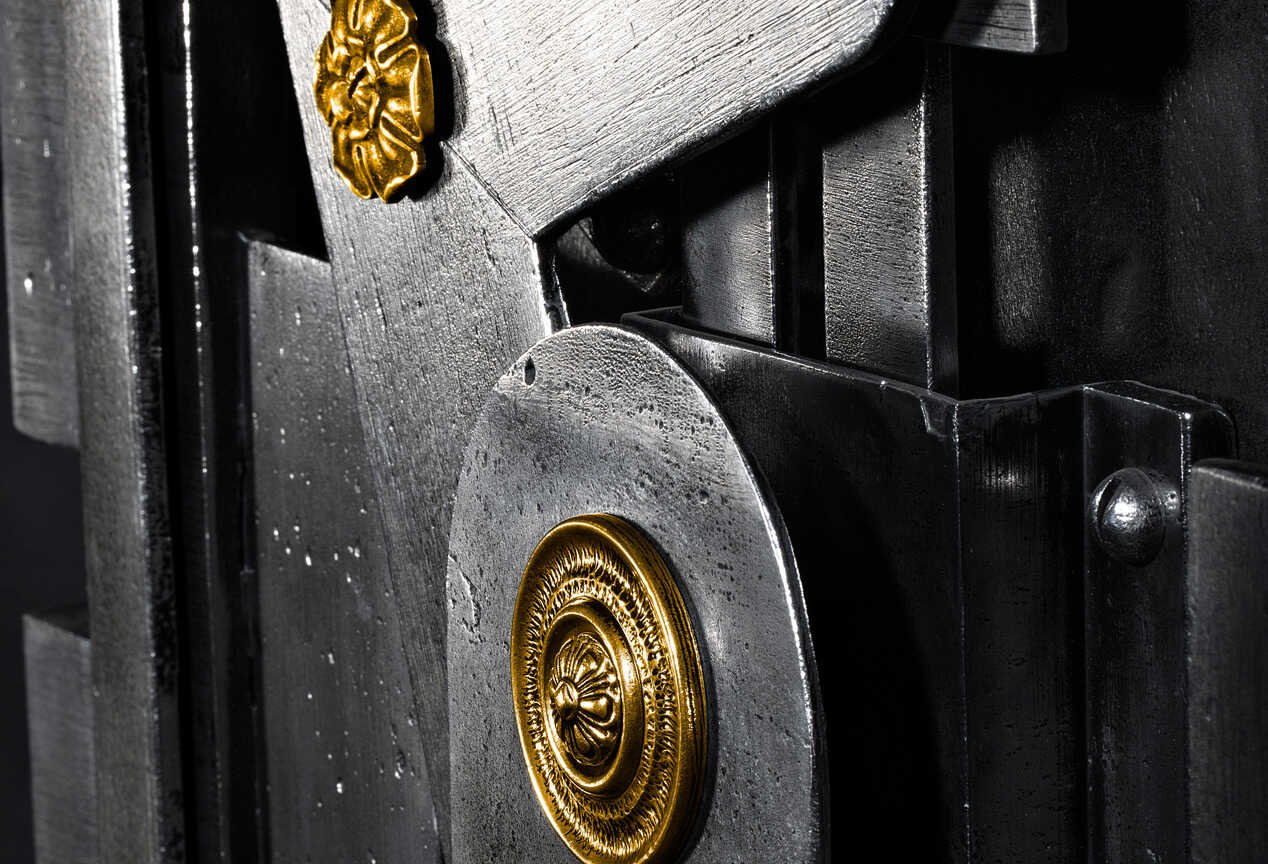 According to the descendants of contemporary witnesses, the safe was exclusively used by the king to store love letters and memorabilia to  his decades-long mistress and later second wife, Rosa Vercellana. In 1847, when she was just 14 years old, Rosa Vercellana stepped into the life of the then 24-year-old king, who was already married to Queen Adelaide of Austria. The extramarital relationship, which was quite savory due to Rosa’s young age and lowly origins (she was the daughter of a gamekeeper), went on for 22 years, during which Victor Emmanuel had eight children with the queen. It was only made legally official in 1869 with a church wedding. By this time, the king had already been excommunicated from the Catholic Church.

The relationship with Rosa Vercellana, commonly known as “La Bela Rosin,” lasted until the end of Victor Emmanuel’s life and resulted in two more children.

The fact that the Morosini brothers’ safe was forged for the amorous correspondence of the king with his long-time mistress and later wife is indicated by two wonderful details on the inner doors that were engraved as a secret code. Hidden under the royal crown and lettering, both inner door fittings are engraved with a rose, surrounded by a heart-shaped crest which opens upwards. “Rosa,” the first name of the king’s great love, means “rose” in Italian.

It can be assumed that the two Medusa-like medals on the outside of the safe depict the king’s mistress in her younger years. In any case, access to the interior of the safe is granted through one of the two. Only after activating a secret mechanism does one of the two medals move to the side, exposing the keyhole behind it.

How the safe found its way to Southern Germany, where Döttling scouts secured it in the aftermath of a house demolition, is unfortunately not known. What is certain is that after many months of detailed work, the Döttling manufactory has been able to restore it to the freshly radiant testimonial of a great royal love.

The number and availability of high-quality antique safes are exceedingly limited, but there are no limits to the interior fittings of a Legends safe. Whether fitted with humidors, cocktail bars, jewelry compartments, watch winders, collector cabinets, or lockable drawers, the only premise is your own personal passion.

We realize every well-conceived fitment variation with the aid of state-of-the-art technologies and the finest craftsmanship.

All of the Legends safes by Döttling are alike in only one aspect: they are the grand expression of a lifestyle reserved for only a few.

Stay up to date!